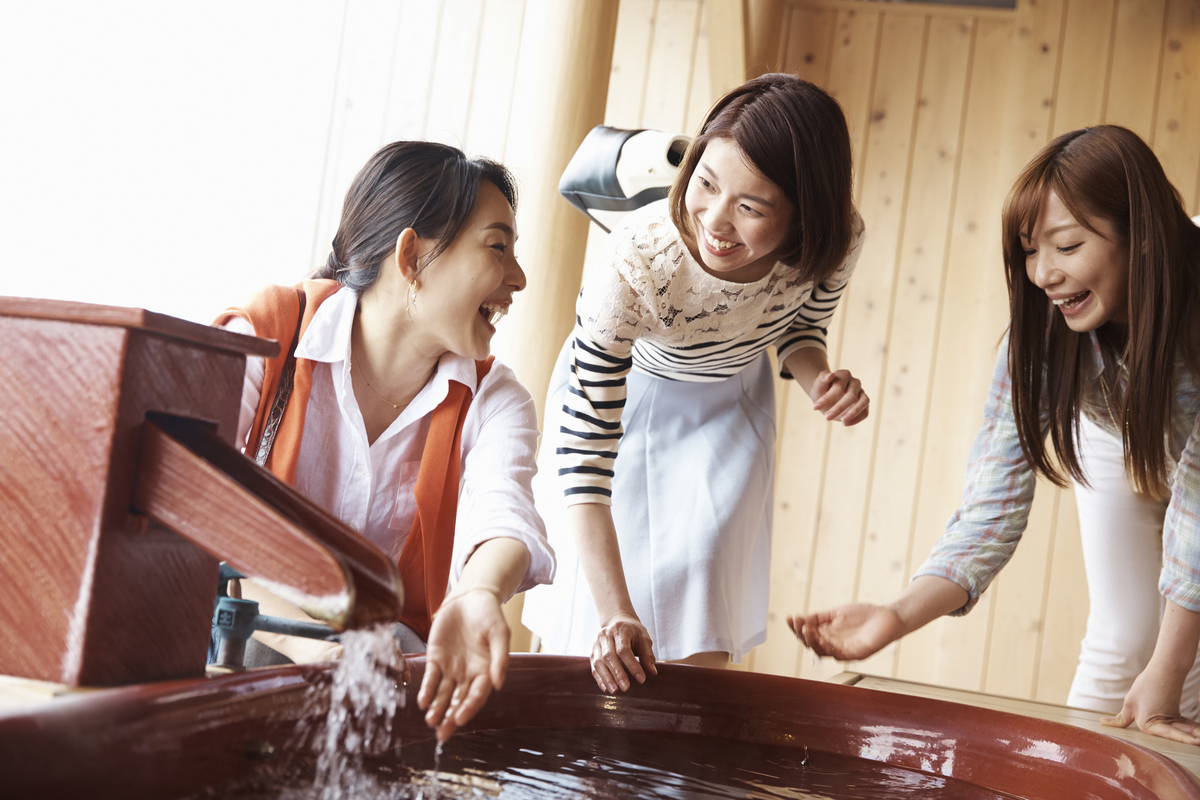 Shiga Kogen is a major snow resort area located deep in the mountains of Nagano prefecture. About an hour away by bus from Nagano Station, it’s not really suitable for day trips, but since the area is packed with some 18 ski resorts, it’s the best resort to stay at overnight and really enjoy yourself. Unlike the Hakuba area where ski resorts are separated from each other, you can feel a close connection between the ski resorts here. In addition to skiing, it’s also famous as an onsen area where you can enjoy numerous onsen. I personally visited Shiga Kogen and covered Shiga Kogen's recommended onsen district this time around! If you visit this area, please also enjoy the onsen! 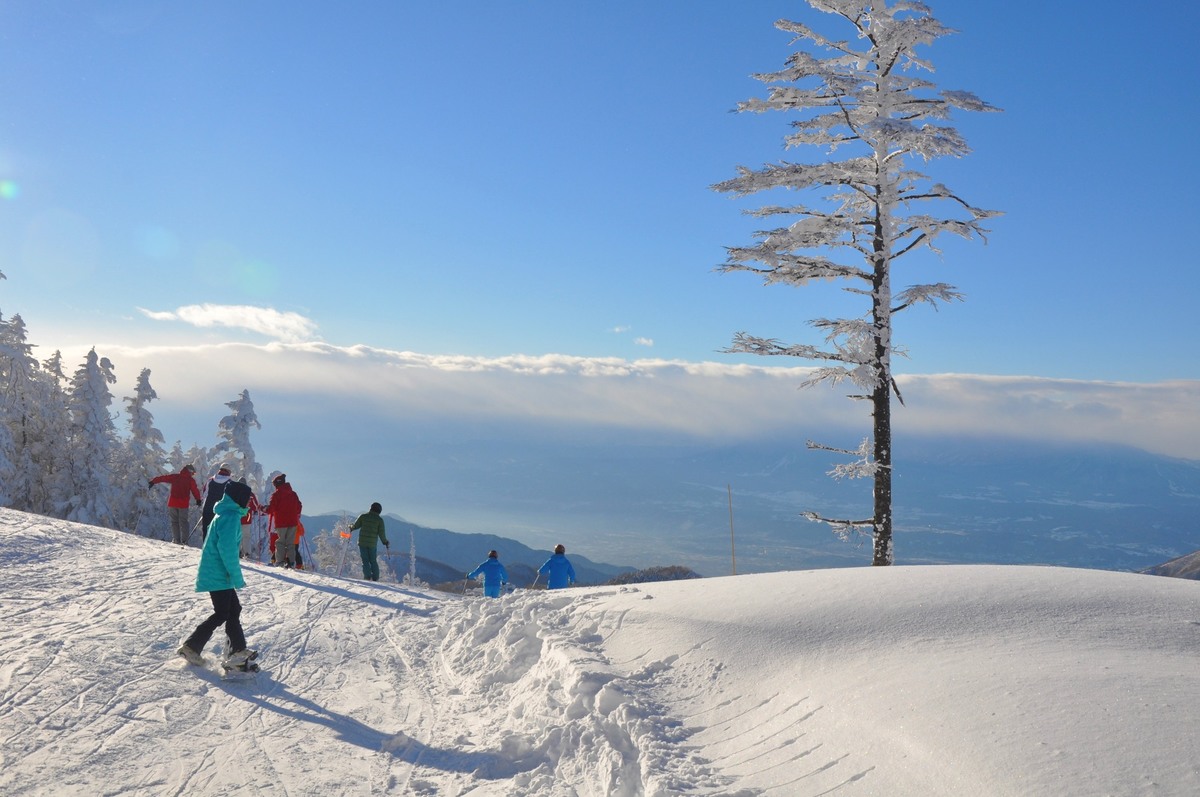 The history of onsen in Shiga Kogen dates back 170 years. The onsen are sulfur springs. Once you enter the town, the smell of sulfur follows wherever you go. Especially near inns that have onsen facilities, you’ll sense a particularly strong sulfur smell. The onsen are nearly all 100% natural, and you’ll quickly get a sense of their powerful effects as soon as you enter the water. You won't feel a chill afterwards as your body will remain nice and warm. It’s the perfect way to cool your cold body after skiing.

As a whole, it can be said about the onsen of the Shiga Kogen area that there are no fixed business hours, and whether or not an onsen is open is not always clear. If there’s an onsen you want to visit, it’s a good idea to inquire in advance whether it’s open.

An onsen area with a host of luxurious resorts, "Takamagahara Onsen" 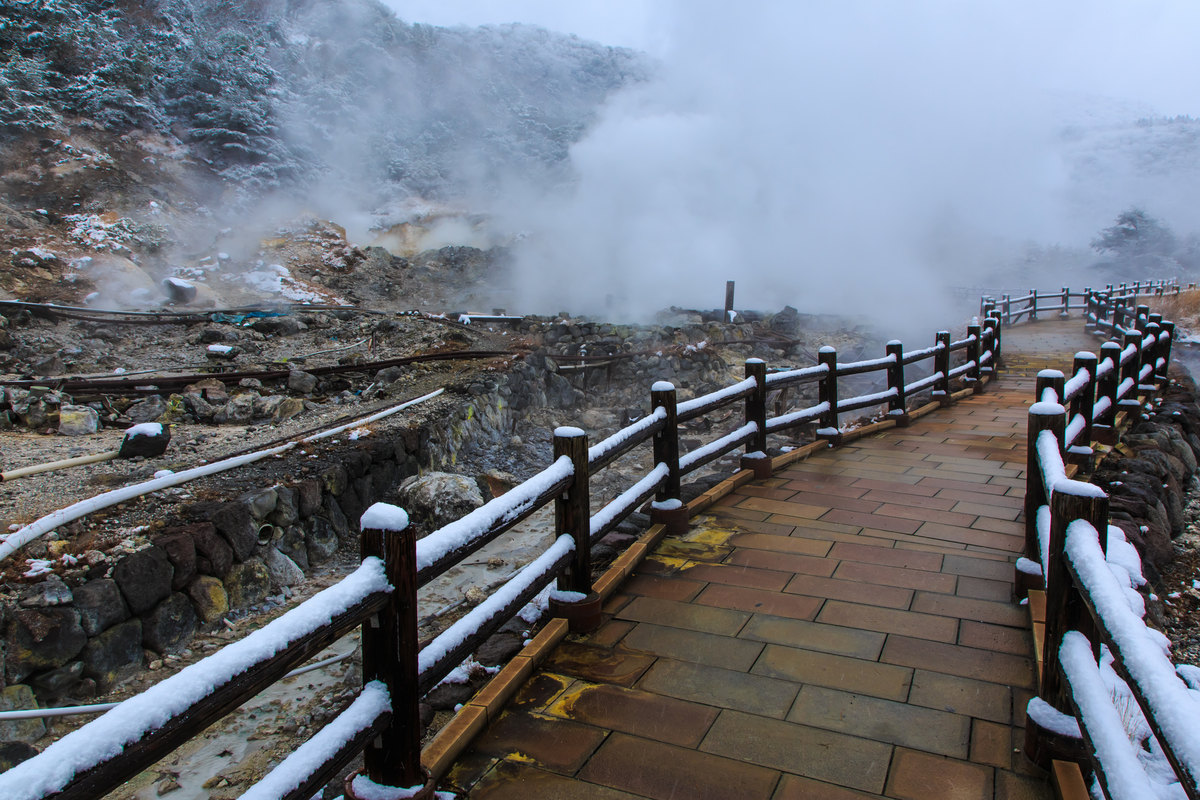 The source of "Takamagahara Onsen" is near "Ichinose Family Ski Resort" and "Higashitateyama Ski Resort". It’s an area of Shiga Kogen with lines of luxurious hotels aimed at families.

Among them, the large onsen bath inside the "Shiga Park Hotel" is luxuriously decorated, reminiscent of the historic resorts of Europe. Many people have praised the superb view overlooking the mountains from the open-air bath, "Unjo no Yu." Although the price is slightly high, there’s no better onsen to enjoy a relaxing resort atmosphere. 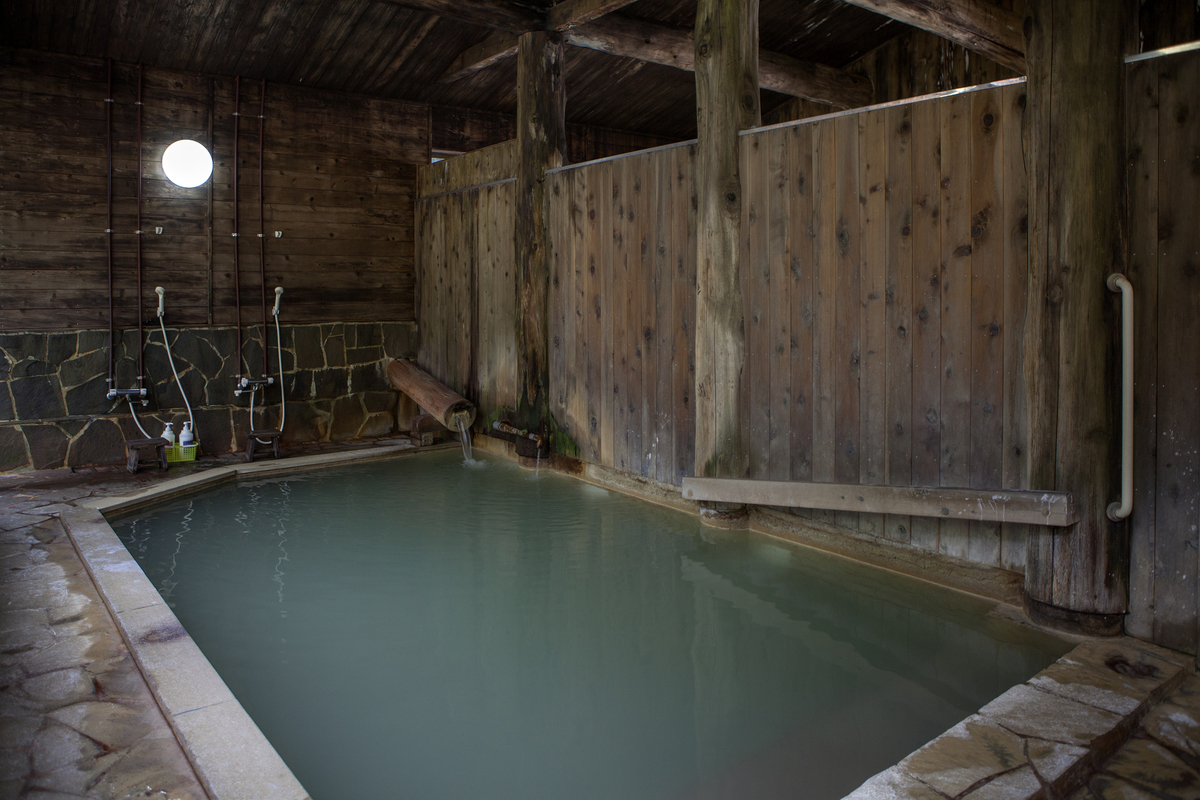 "Hoppo Onsen" has a particularly long history in Shiga Kogen. Hoppo gets its name from the peculiar sounds the water of the onsen makes as they trickle out. The hotel, "Sunshine Shiga," located a little away from the ski resort, has an outdoor bath with its source originating from Hoppo. The combination of the snow and the hot water of the onsen was the best! The inner bath is also very popular with tourists for its large capacity. Access to the ski resort is somewhat inconvenient, but since it’s such a historical onsen, it’s worth experiencing at least once. 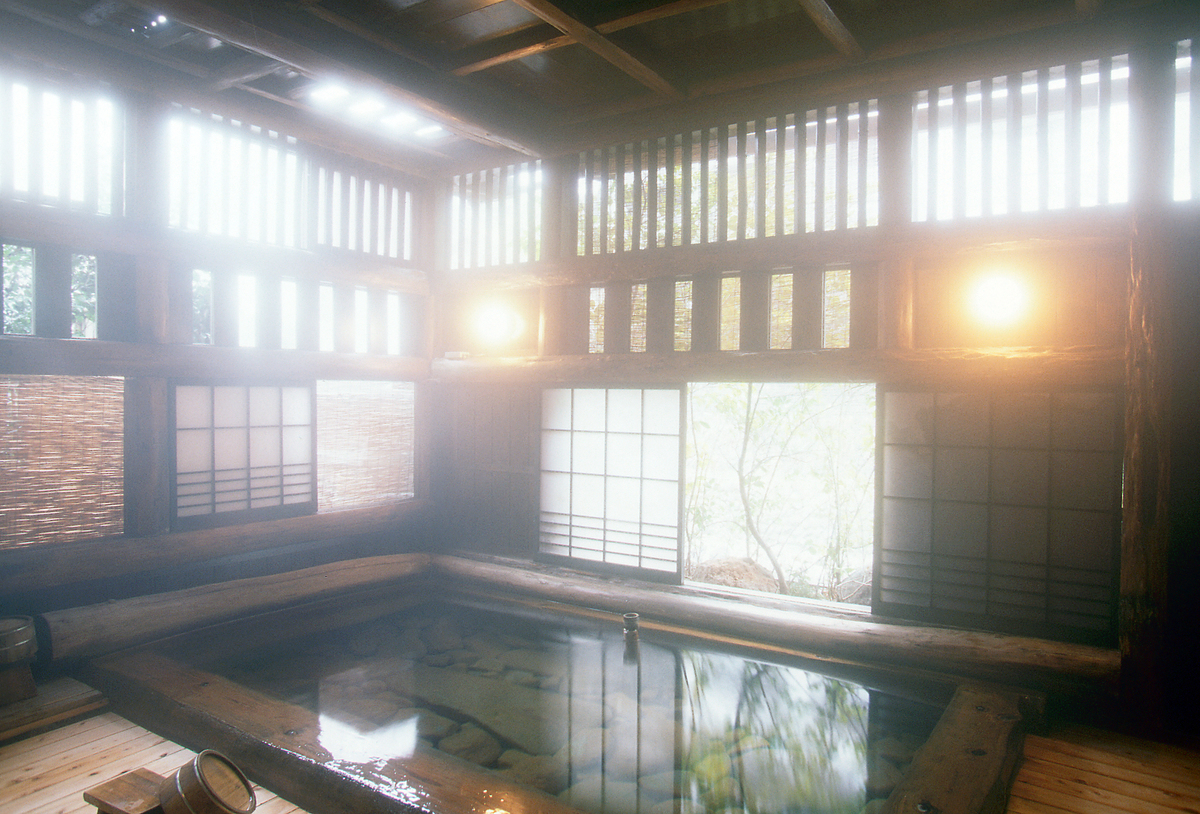 Legend has it that a wild bear ("kuma" in Japanese) once came to "Kumanoyu Onsen" to heal its wounds. It’s located in a relatively high altitude area of Shiga Kogen, and nearby are the "Kumanoyu Ski Resort," with dedicated slopes for skiers, and the "Yokoteyama Ski Resort," which boasts one of the highest elevations in Shiga Kogen.

This labyrinthine onsen district is home to many unique onsen. Especially recommended is the onsen inside "Kumanoyu Hotel." One inside bath. It’s a simple composition with just one open air bath, but you can enjoy Shiga Kogen's oldest onsen, known for its "jade-colored water." With the elegant decor, you’ll surely get a taste of the atmosphere of the onsen inns of old. Of course, the quality of the spring is of the very highest level and 100% natural. Day-trip bathing is also possible here.

At "Hotaru Onsen," if you’re lucky, you may get to see the star-covered sky 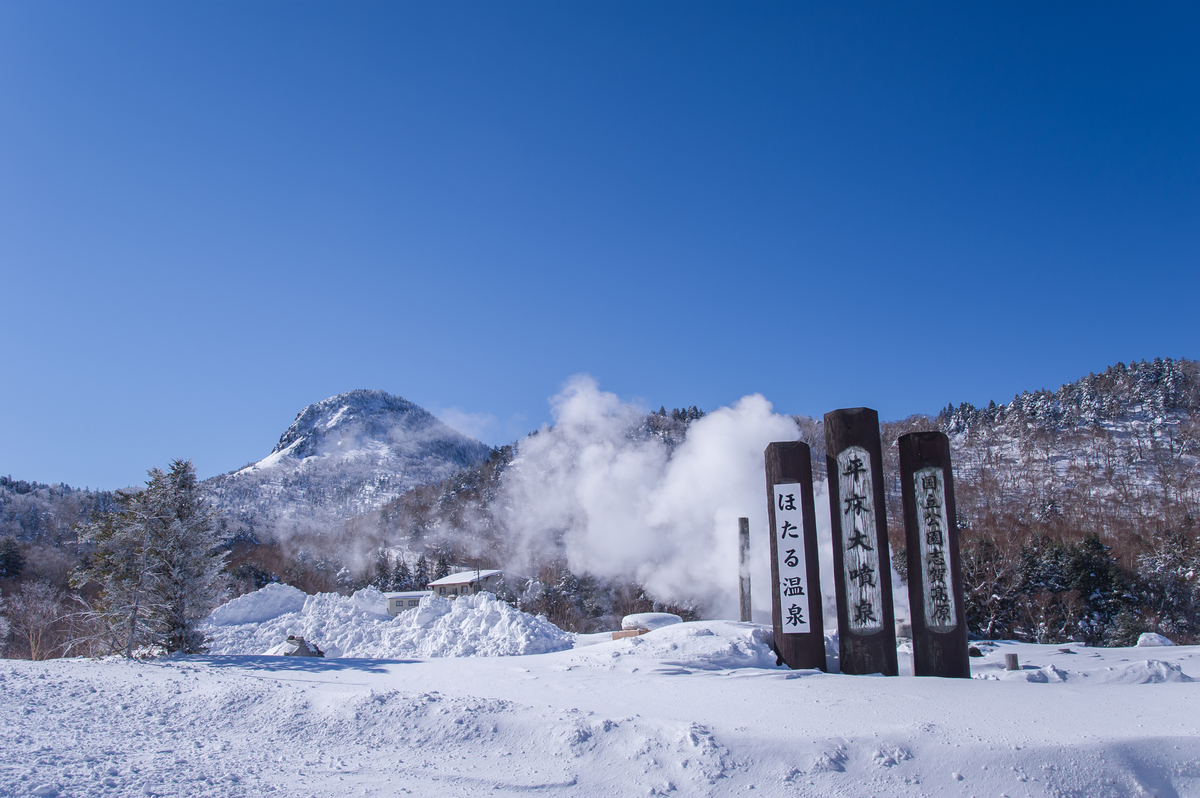 "Hotaru Onsen" is an ancient onsen right next to Kumanoyu Onsen. Here, too, there are many inns around the town, so it’s perfect to use as a base for a skiing and sightseeing holiday. Particularly recommended is the onsen in "Shiga Kiraku Hotel". Because it’s located in a high-altitude area, it commands an outstanding view overlooking the mountains, and the starry sky which can be seen from the open-air bath, in particular, creates the most romantic atmosphere in Shiga Kogen. Although you can bathe there on a day trip, I recommend that you stay at the hotel, so you can enjoy more than one onsen. You will surely enjoy a luxurious resort experience. 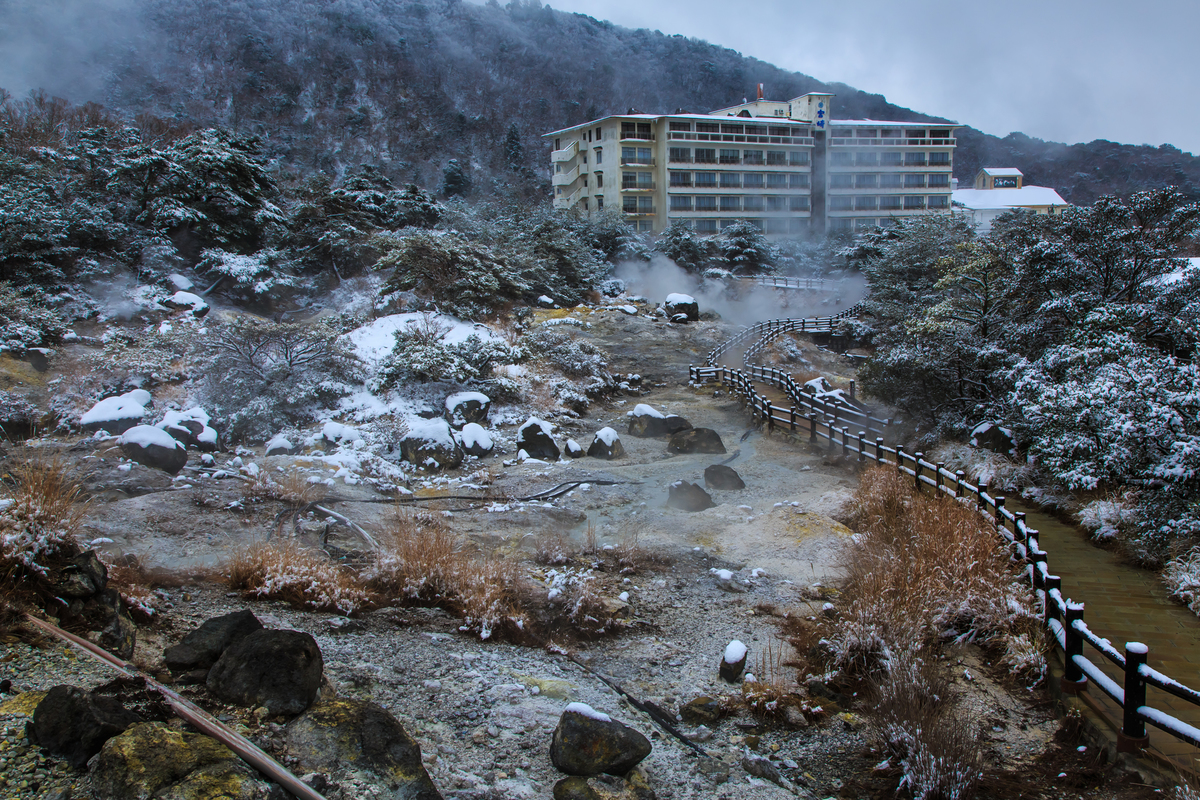 The famous "Maruike Hasuike Onsen" is a luxurious onsen that sources its springs from the waters that well up from the heart of Nishitateyama, using the natural terrain. Known as a symbol of the Shiga Kogen ski area, the area around Maruike is an area of natural beauty with breathtaking scenery. In the source area, surrounded by several ponds, there are many famous onsen. It’s situated right in the center of Shiga Kogen, so access to the surrounding areas is also excellent, and it’s an area where you can enjoy a good balance of skiing, onsen, and sightseeing.

There are lots of appealing and famous onsen in Shiga Kogen.

That's all for my introduction to the onsen of Shiga Kogen. What do you think?

In addition to what I've introduced here, Shiga Kogen has many other famous onsen and long-established onsen inns. Please go and experience the famous onsen of one of Japan's leading ski resort areas.