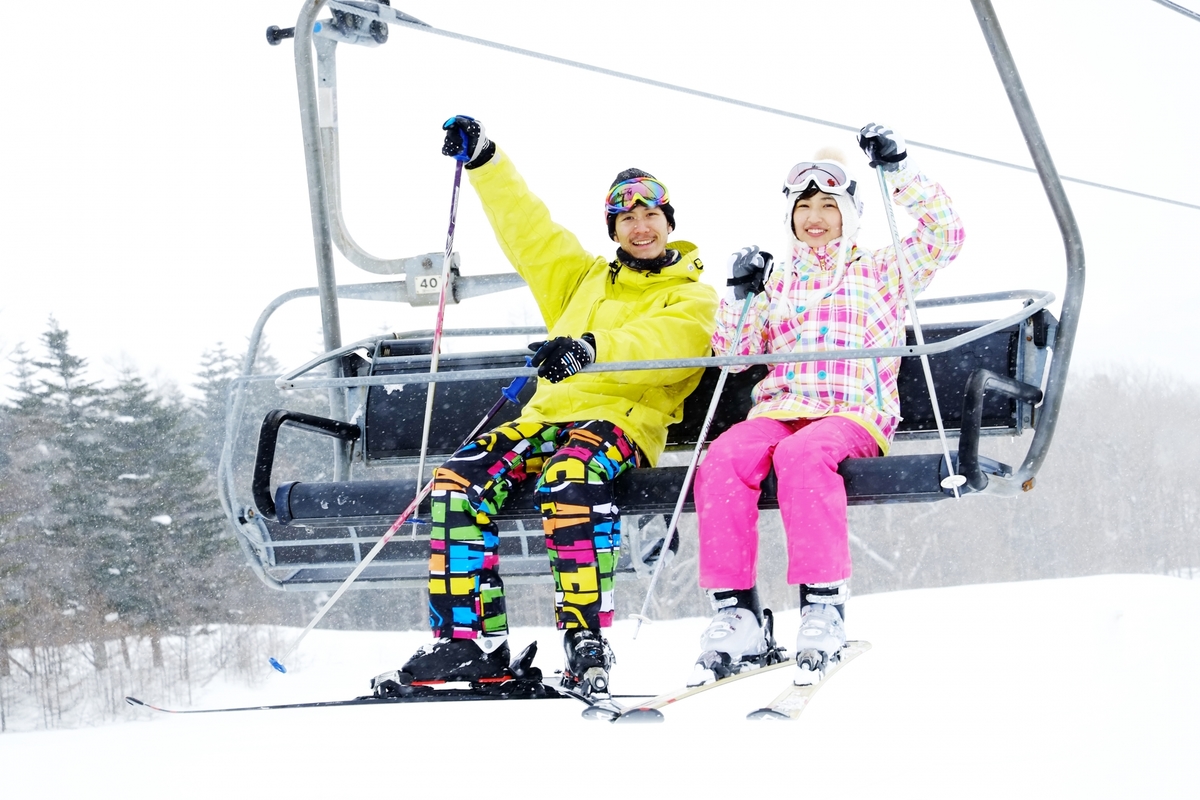 “I’d like to go skiing in Japan, but what’s the best time to go?” For people thinking about traveling to Japan, we expect that this question has come up before - so here is a detailed summary of the features of each ski season. Do you want to experience the lively activity that comes with the height of the season? Or do you want to avoid the busy period and just enjoy a comfortable ski? Maybe you want to take in the snow before the season starts? Depending on the timing of your trip and how you plan to spend your time, the best time to visit will vary. So take a moment to read this article, and then decide on the season and travel plan that best meets your preference! 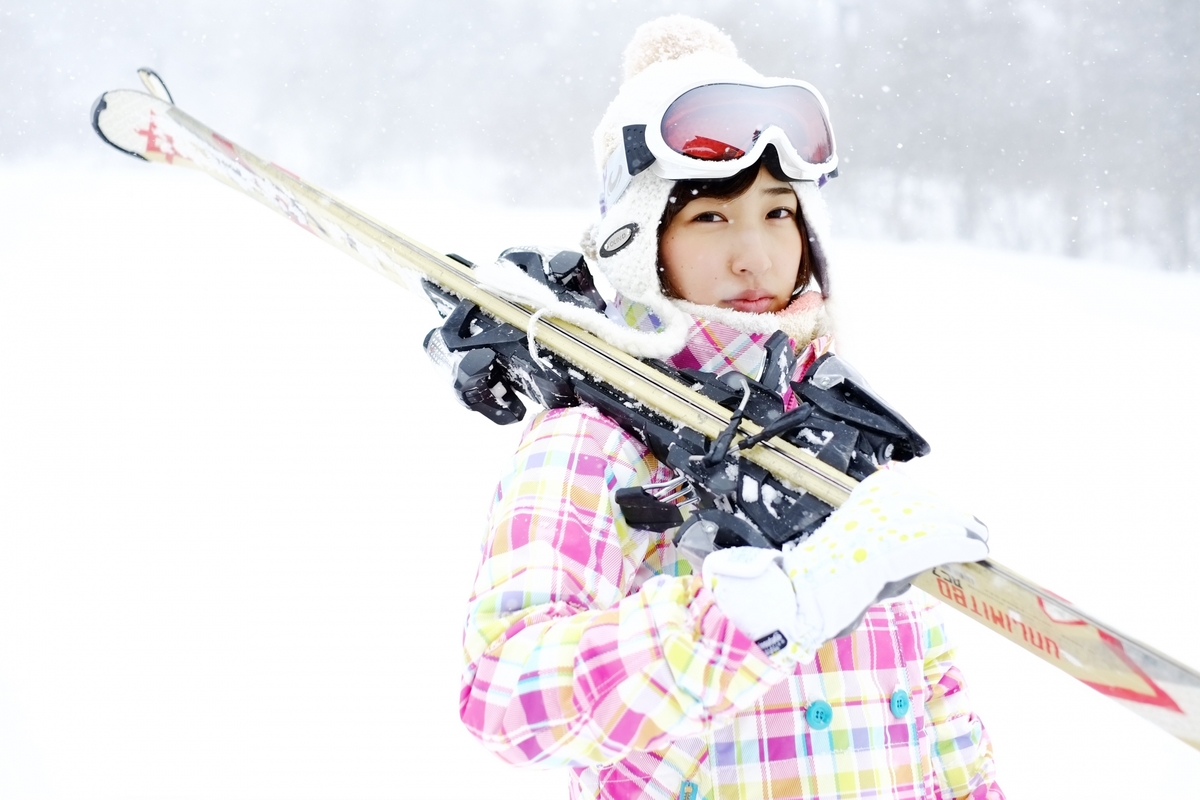 There are numerous ski resorts across Japan, but all of their opening times are generally from late November to early December. The reality is that it takes time to prepare courses for skiing even after the snow has accumulated. 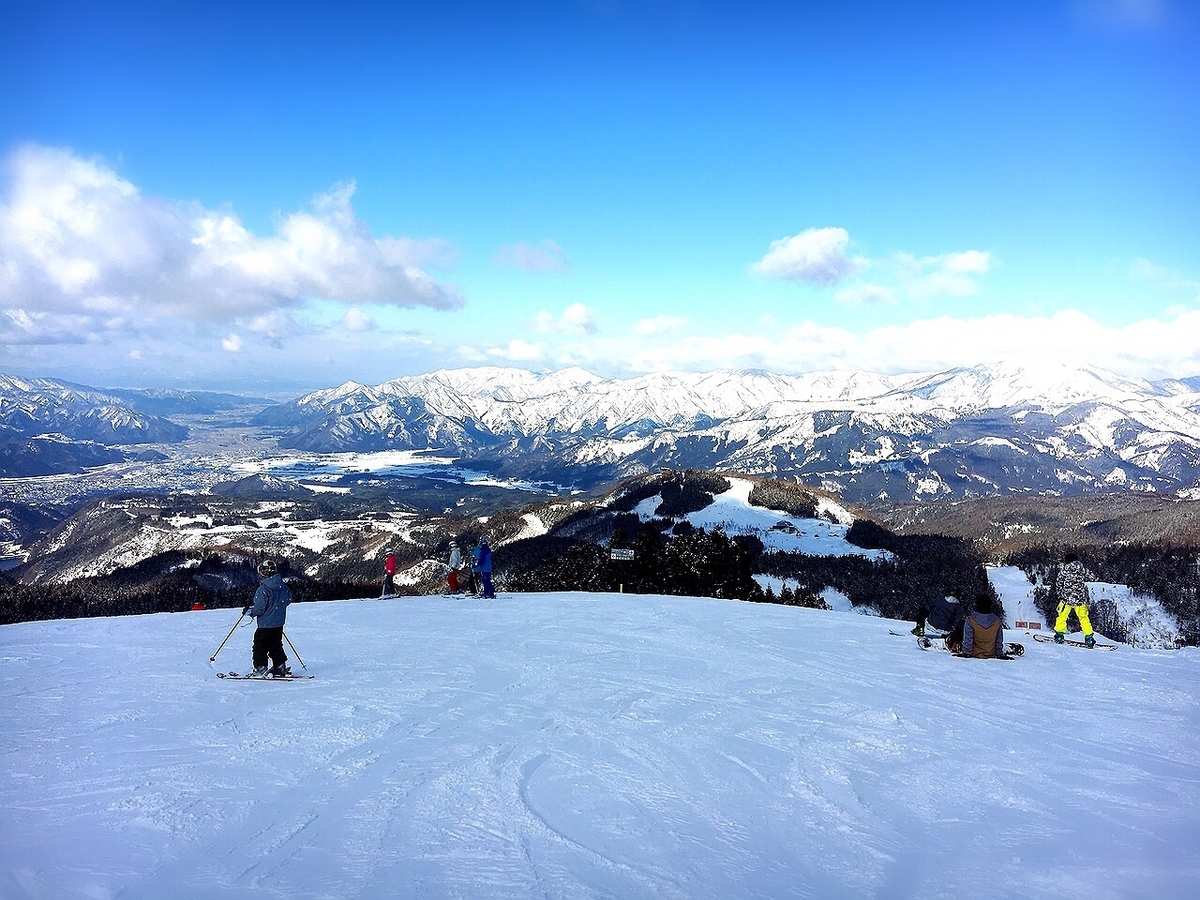 Ordinarily, this period is usually the pre-season stage, and virtually no ski resorts are open for business during this time.

However, for those who are desperate to go and have fun in the snow during this particular period, or those who want to get in some practice before the season gets underway, here are a few resorts that open their slopes a little earlier than others.

First up is “Snowtown Yeti”. This place is known widely as the ski resort that opens the earliest in Japan - in 2017, their initial opening was a staggering October 6. Using snowmaking machines, the resort constructs skiable slopes quicker than any other around the country, holding popularity among skiers that can’t wait for the start of the season. However, the number of courses available for skiing are rather limited, and as such become considerably congested.

Next up - “Sayama Ski Resort”. This indoor ski hall has excellent access from the city, and opened on October 21 in 2017. As it’s a ski slope that’s entirely inside, it’s a little compact, but its considerable width means you can easily enjoy yourself. Overall, this is an ideal place for beginners to practice.

Lastly, there’s the “Karuizawa Prince Hotel Ski Resort”, which is also well known for opening early every year: in 2018 it’s scheduled to open on November 3. These are authentic slopes that use snowmaking machines. The snow quality is quite good, and the number of courses and their degree of incline and length are perfect. It’s an ideal destination for day trips.

At the beginning of the season, resort-type skiing areas open in succession 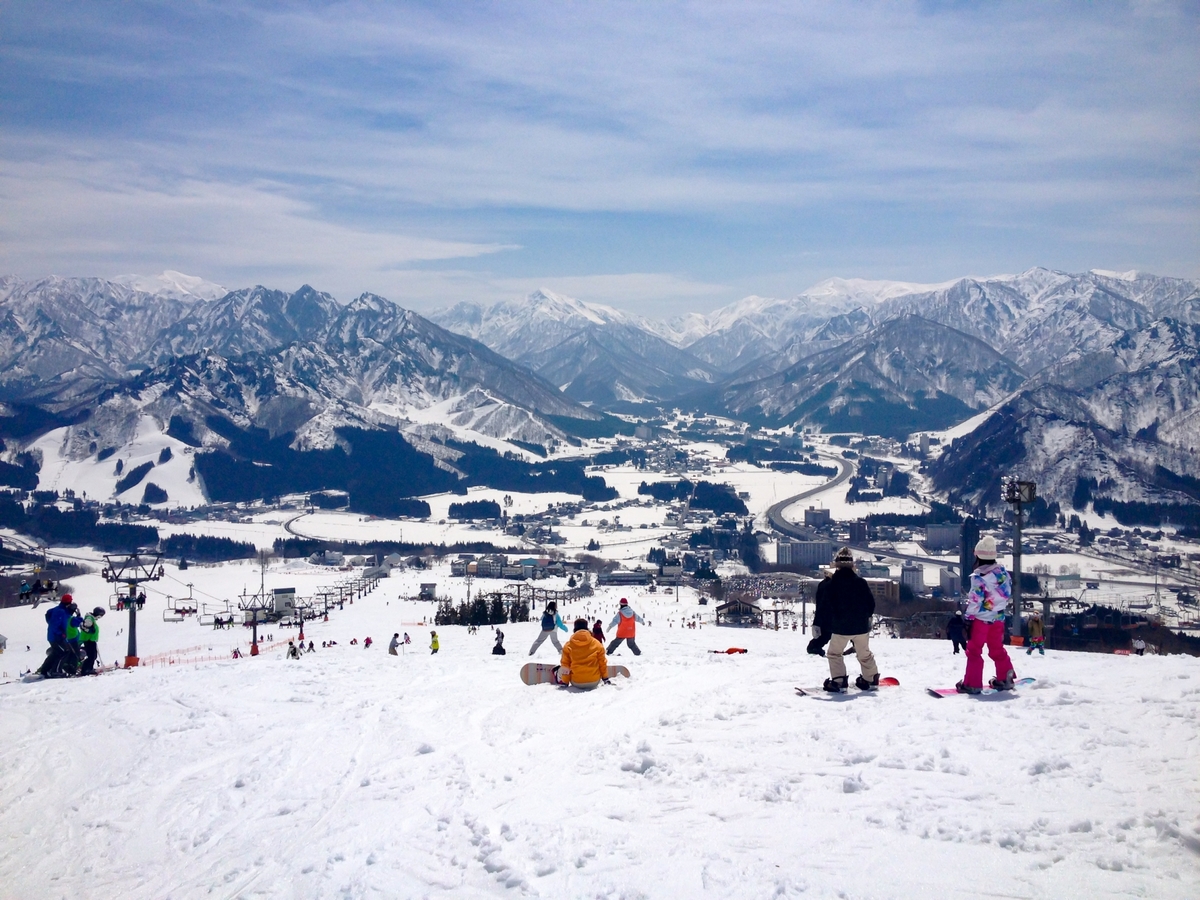 A festive mood occupies the beginning of the season, when skiers from all over the country who have been waiting for snow converge. Ski resorts are generally crowded across the board. This season is recommended for those who want to experience the lively atmosphere characteristic of the period when ski resorts first open their doors. Conversely, if you want to ski in a more subdued atmosphere, it may be best to push back the timing a bit.

Peak season is the most lively and congested period 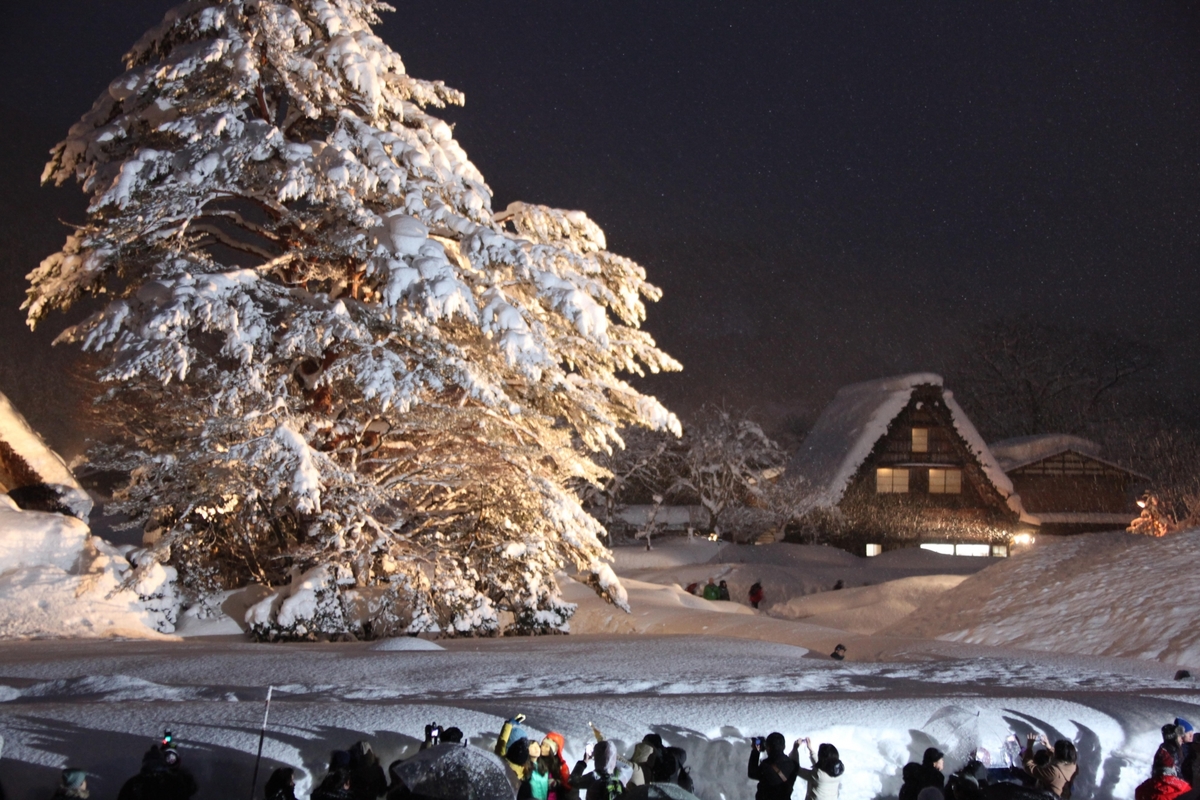 Peak season for both accumulated snowfall and lively tourist activity is generally from December 20 through February 10. As staff numbers increase and more facilities are in operation to accommodate for the increase in visitors, this is by far the ideal season for those looking to get their fill of skiing in Japan.

For ski resorts with overnight accommodation facilities, room reservations begin to fill up, depending on the day. Rates tend to go up during the peak season, so for those who want to keep lodging expenses down, avoid hotels on the slopes and instead use the cheaper inns and private pensions nearby.

At this time every year it becomes difficult to get reservations for overnight stay-oriented mega resorts like Niseko and Tomamu. In particular, Christmas Eve and Christmas Day, and from New Year’s Eve through to January 4 are extremely congested. For those wishing to celebrate New Year’s Eve at a ski resort in Japan, we highly recommend that you make your reservations early.

Personally, we recommend ski resorts in the Karuizawa/Echigo-Yuzawa areas for their easy access and balanced course size. Since it’s also a breeze to throw in some sightseeing of the nearby area on your way back, they’re extremely good locations to stay overnight at and thoroughly enjoy the skiing on offer. 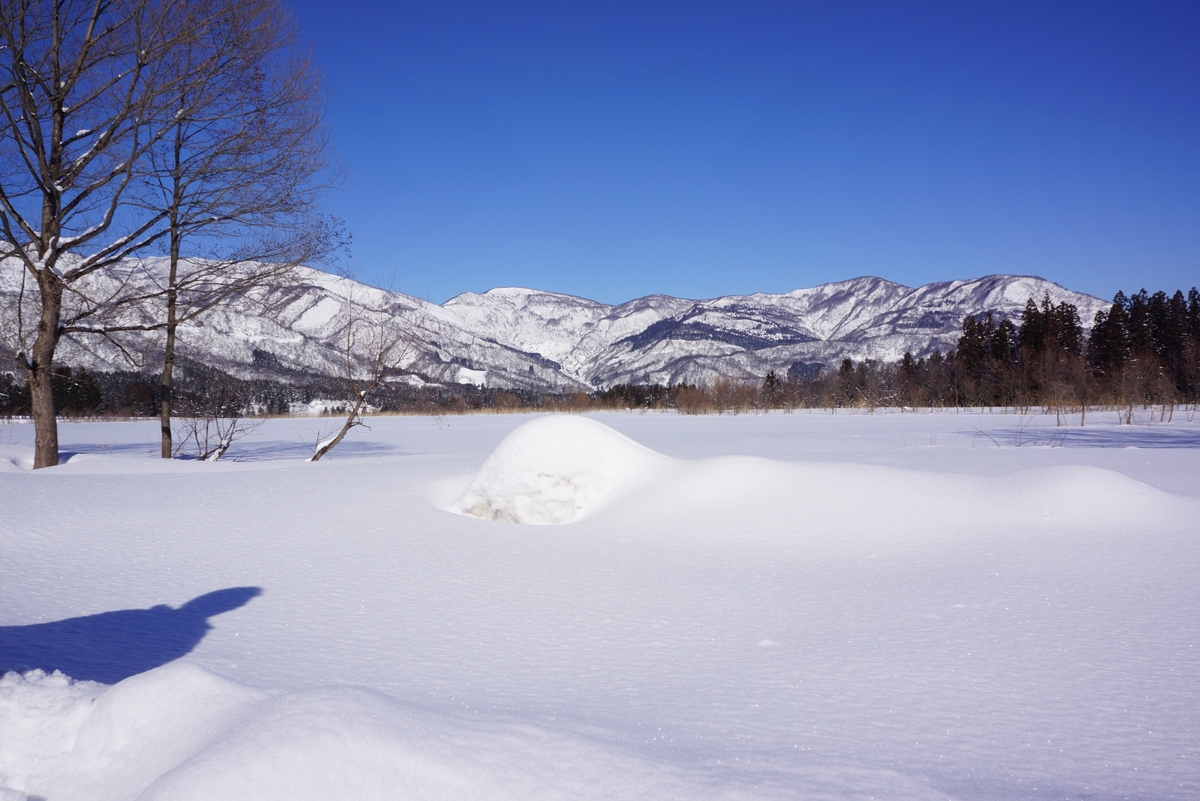 Since the weather begins to gradually get warmer coming into March, snow quality begins to deteriorate here and there depending on the location. The number of areas where you can no longer ski gradually increase, and many surrounding tourism facilities and shops close.

Ski resorts with the 3 traits of high elevation, high levels of snowfall and low temperatures can offer skiing with no issues even at the end of the season.

In particular, Kiroro Resort, located within an area that experiences heavy snowfall, has a sense of stability of snow quality that attracts an increased number of guests at the beginning and end of the season. A certain number of slopes also offer spring skiing too, so it’s possible to entirely bypass the peak season. There isn’t much congestion during these periods, so for those who want to ski in a comfortable, uncrowded environment, these are the times to aim for.

Try visiting during peak season if you want to enjoy the real pleasure of skiing!

So there you have it.

Being able to ski outside of the normal peak season is one of the things that make early-opening ski resorts great. They’re ideal for light users who just want to try out skiing, or those who want to practice a little before the start of the season. Since all facilities and services may not be in full flight, however, those who want a genuine ski experience should resign themselves to waiting until December.

This is just our personal opinion, but if you want to thoroughly enjoy skiing in Japan, the busy season from January to February is our top recommendation. While there may be issues with congestion and difficulty in getting reservations, there is a distinct atmosphere and liveliness that can only be experienced during this time.

At the same time, the end of the season is perfect for beginners and intermediate level skiers who have a little bit of experience. Careful planning of the location and timing will allow you to ski with virtually no congestion.

Since every season has its pros and cons, it’s impossible to make a general recommendation that one period is necessarily better than another. We hope you can select the ski season which best meets your travel plans!