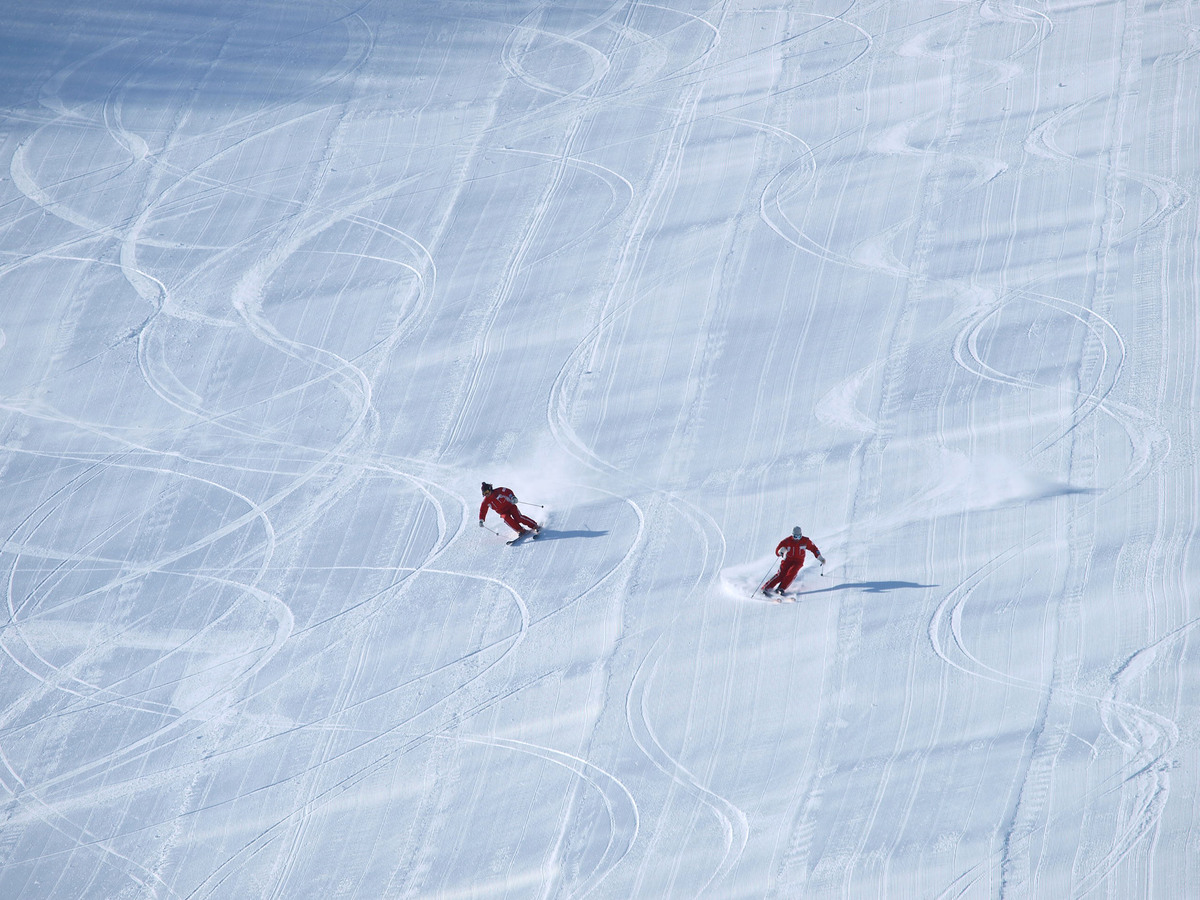 This ski resort was the site of the Sapporo Olympics in 1972. That in itself is the best description of Sapporo Teine. True to its status as former host of the Olympic Games, the resort boasts an extremely wide variety of courses. With its unique slopes, which are a good balance of steep and gentle angles, the resort has somewhat of a cult following. Many skiers, from beginners to advanced skiers alike, visit this resort every year. One of the best things about this resort is how easy it is to get there, at only 30 min. from Sapporo Station. Today, we want to introduce you to some of the best things about Sapporo Teine. 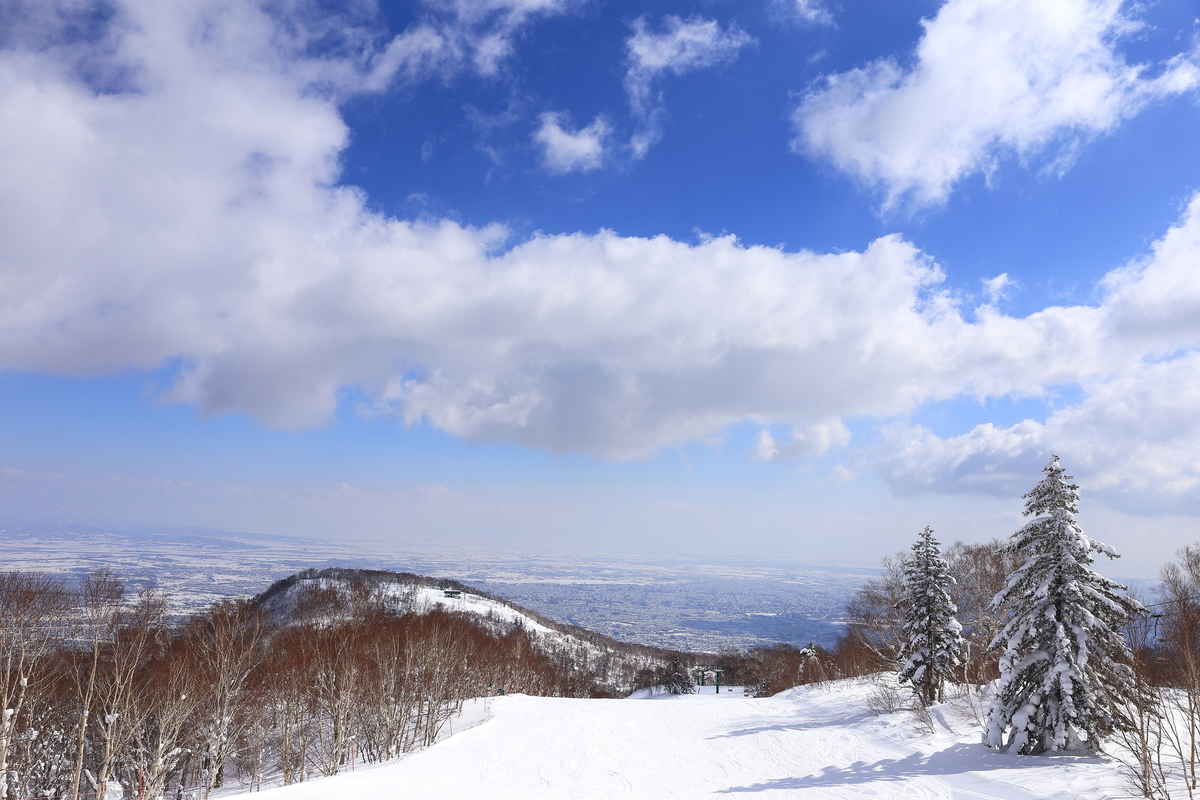 Sapporo Teine can be divided roughly into two areas. The “Highland Zone,” located near the top of the mountain, and the “Olympia Zone,” located near the base. These two areas were originally their own ski resorts. In 2004, however, the “Teine Eight Gondola” was made to connect these two slopes together. The following year, in 2005, the two ski resorts were merged together, and began official operation as Sapporo Teine Ski Resort.

The resort, however, still bears the remnants of its once-divided history, with each of the areas having their own distinct characteristics. The Olympia Zone, with its more gentle slopes, is home to more beginner-oriented courses. The Highland Zone, with its more difficult courses, is more for advanced skiers. Another perk is that the clear differences in difficulty level mean that skiers naturally separate themselves into the different areas. 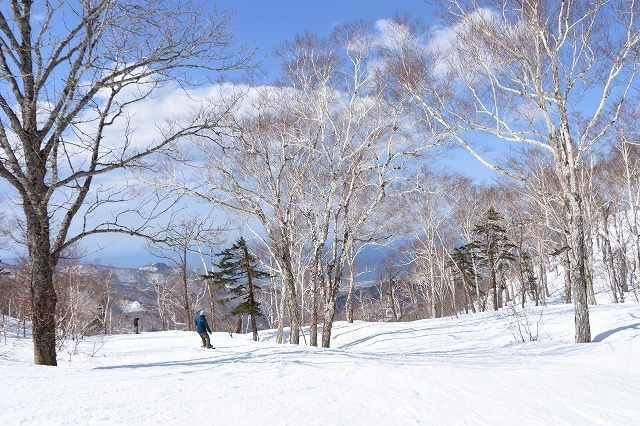 Many of the reviews for Sapporo Teine mention the perfect balance of steep and gentle slopes at the resort, and how it’s impossible to get tired of it. Some courses allow you to go straight from the Highland Zone to the Olympia Zone, with the longest course boasting a distance of 6,000 meters. It’s also one of the easiest ski resorts to get to in Hokkaido - there’s really nothing to criticize here.

The Olympia Zone, home to beginner’s courses with a lot of variety 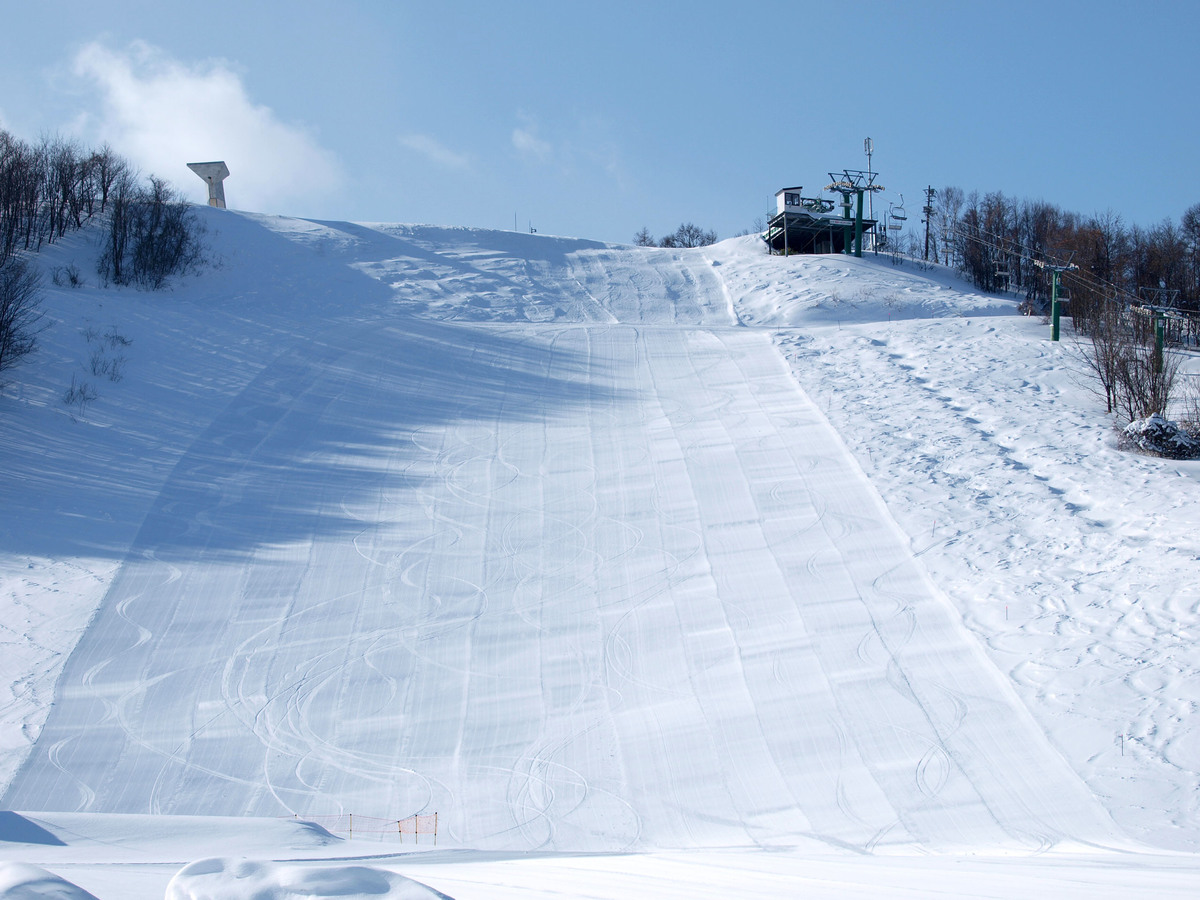 From here, we’d like to delve more deeply into what these two areas are like. First up is the Olympia Zone, with its beginner-oriented courses. The courses down here, with their gentle slopes, will allow even first-time skiers to enjoy themselves.

The course we most recommend for beginners is the 1,700-meter long “Rainbow Course.” Because the slope is quite flat, it might actually be difficult for snowboarders to get around. It’s worth it, however, for that long-distance ski/snowboard experience through nature. 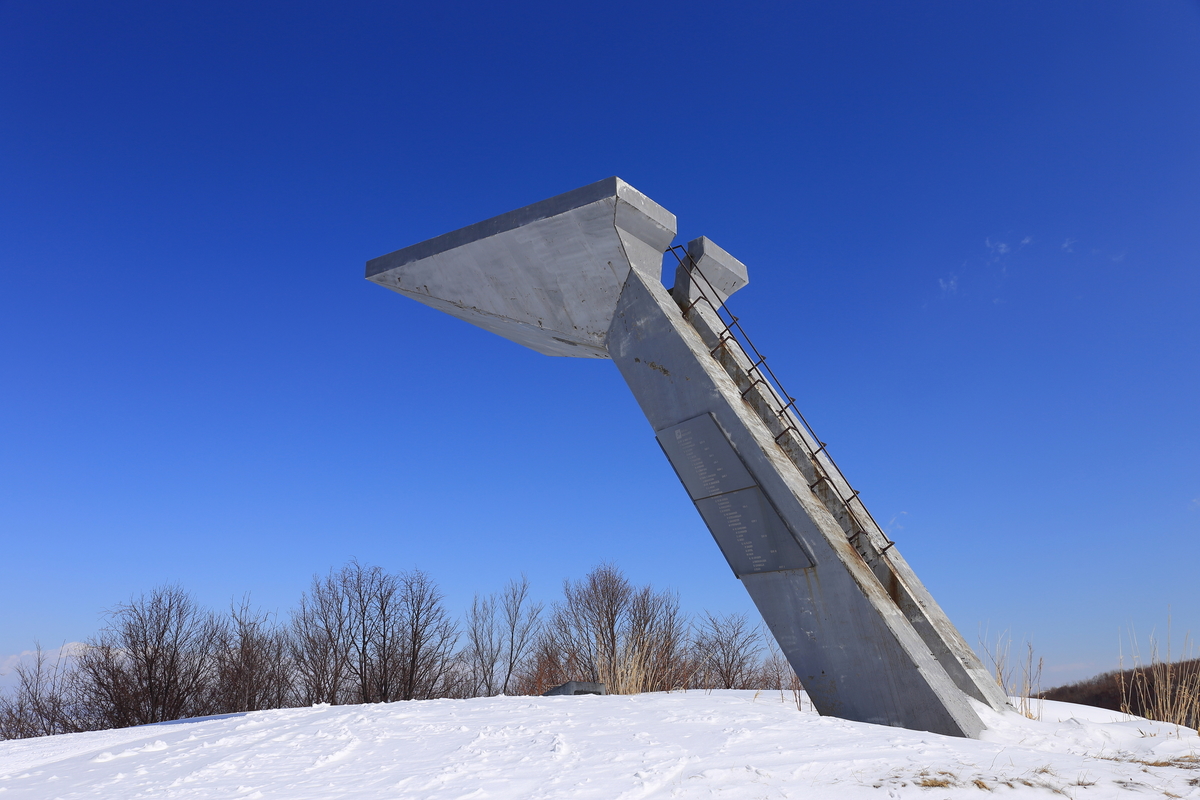 The defining symbol of the Olympia Zone is the Olympic torch platform actually used in the Sapporo Olympics. This has been left just as it was at the time, and many tourists take photos in front of it to commemorate their time at this historical location. There’s an advanced course near the Olympic torch platform called the “Olympic Cauldron Ocean Dive.” This is a thrilling course that lets you ski/snowboard down a steep slope while looking down at the great scenery of Ishikari Bay. We recommend this course for those confident in their skills and looking for a challenge. 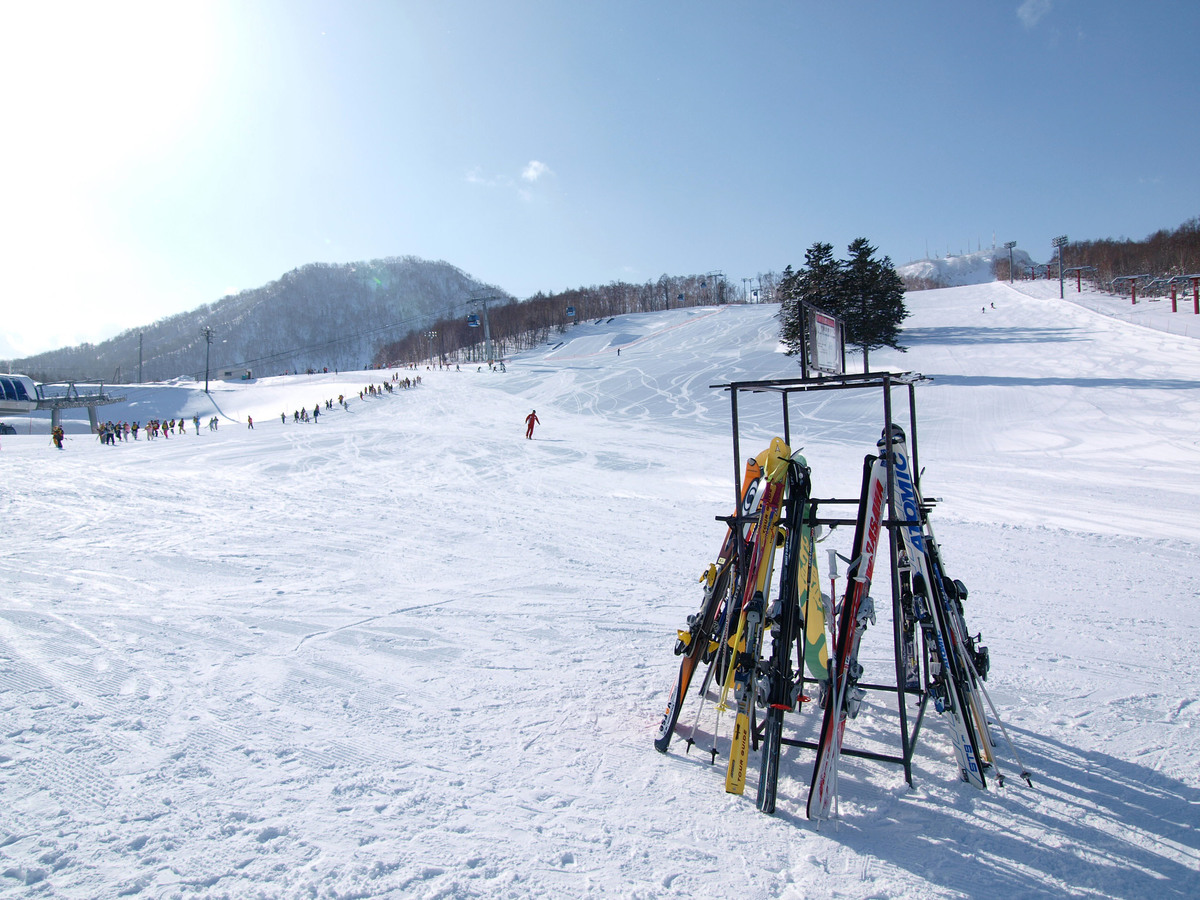 The slopes of the Highland Zone were home to the giant slalom course of the alpine skiing event in the 1972 Sapporo Olympics. The Highland Zone does not have very many courses for beginners, and is known mainly for its intermediate- to advanced-level courses.

The 1,200-meter “City View Cruise” in the Highland Zone is an especially popular course that lets you ski/snowboard over a long distance while looking out over Sapporo City. 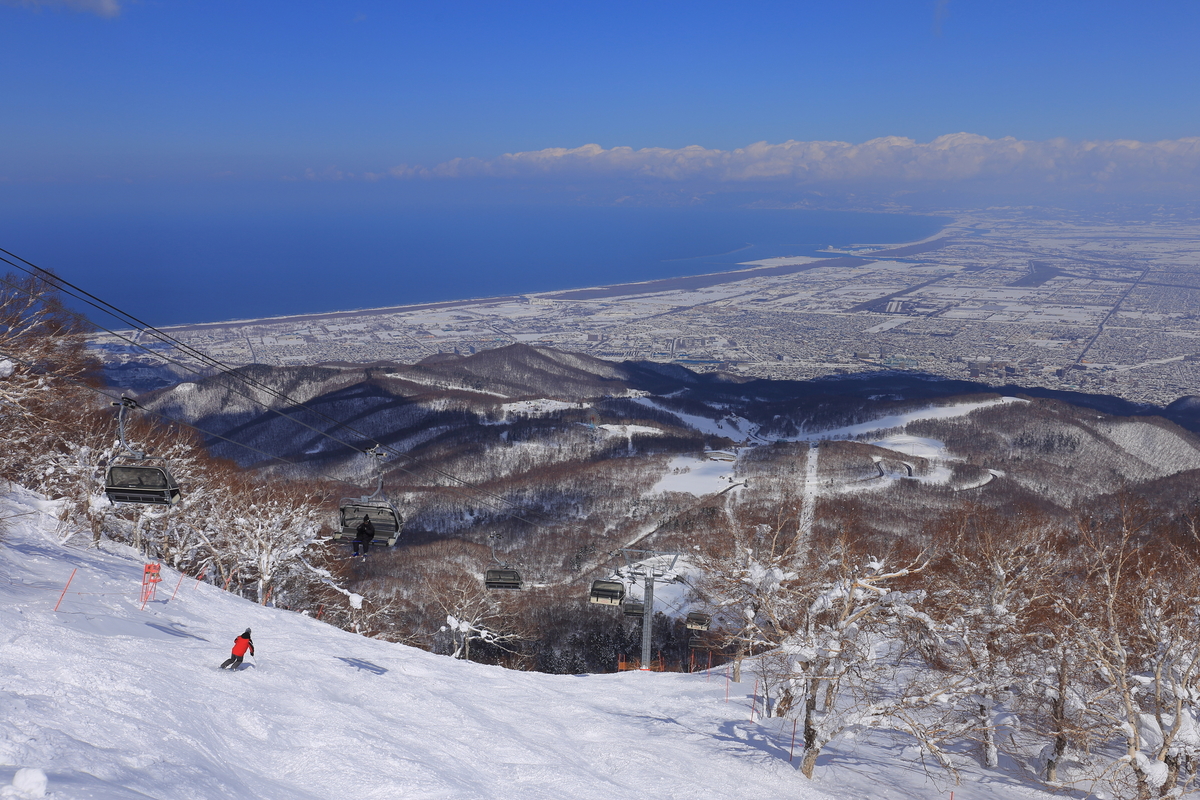 The “Kitakabe Course” is popular amongst advanced skiers. The ultra-steep slope, which can get up to around a 36 degree angle, can scare even the more confident of skiers. As such, the feeling of accomplishment you get when you get to the bottom is extraordinary, with many skiers saying that the difficulty makes it fun to strategize.

There’s also the “Men’s and Women’s Slalom,” which was actually used as a course for the Olympics, the famous “Women’s Giant Slalom,” with its steep slope and 2,000-meter run - just so many courses for advanced skiers to challenge themselves with! Work on these famous Highland courses and even the most advanced skiers will find their skills enhanced.

Known as the easiest-to-access ski resort in Hokkaido 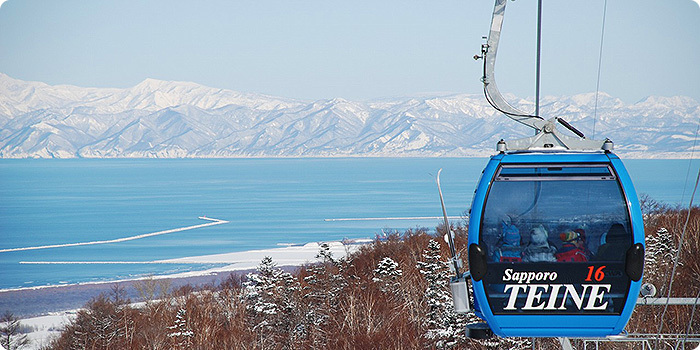 You can’t talk about Sapporo Teine without talking about how easy it is to get there. It’s in a prime location - located only 5 kilometers away from the Sasson Expressway Teine Interchange, and a mere 30 minutes away by car from the central area of Sapporo City.

If heading to the resort from the central area of Sapporo City, try using the “Teine Express,” a reservation-based, direct bus to Sapporo Teine. The resort is also only one JR express line away from New Chitose Airport, which makes it convenient if you’re looking to head straight back home as well. Whatever transportation method you choose, Sapporo Teine is never more than an hour away from the city, making it an easy destination to add to your travels. 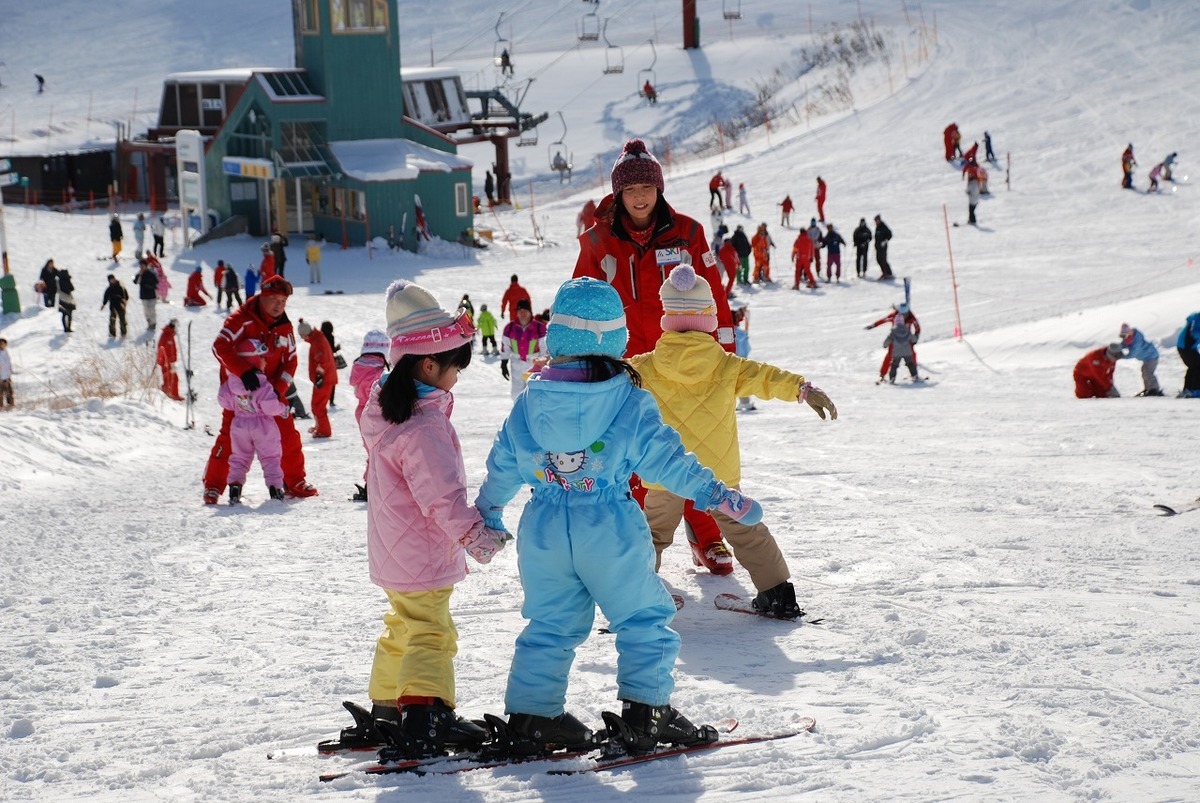 The ski school at Sapporo Teine was the first school to be certified by the Ski Association of Japan in Hokkaido Prefecture, and has quite a legacy. The instructors are all very high-level - which should be obvious, given the fact that the school has produced many famous athletes.

There’s a school for the general population, as well as a more rigorous school for competitive athletes. The junior lessons in particular draw many repeat students, with their friendly, patient instruction and effective lesson material. We recommend you take lessons at the Sapporo Teine ski school if you want to get some high-level instruction at a long-standing location.

Looking for a place to ski from the city? This is the spot!

The size of the slopes themselves may not be as large as some other ski resorts in Hokkaido. But if you’re looking for somewhere easy to get to, with a wide variety of courses, Sapporo Teine is your spot. It’s perfect for those who want to casually enjoy skiing, as it’s only about 30 minutes away from the central area of Sapporo City.

The Olympia Zone - a perfect place to practice for beginners. The Highland Zone, where advanced skiers enjoy thrilling rides down the slopes. The areas are clearly divided by difficulty, which means skiers will naturally separate according to their level of skill. It also boasts top-class accessibility, at less than an hour away from Sapporo. Want to enjoy skiing in the middle of your travels? Sapporo Teine is the best choice for you.