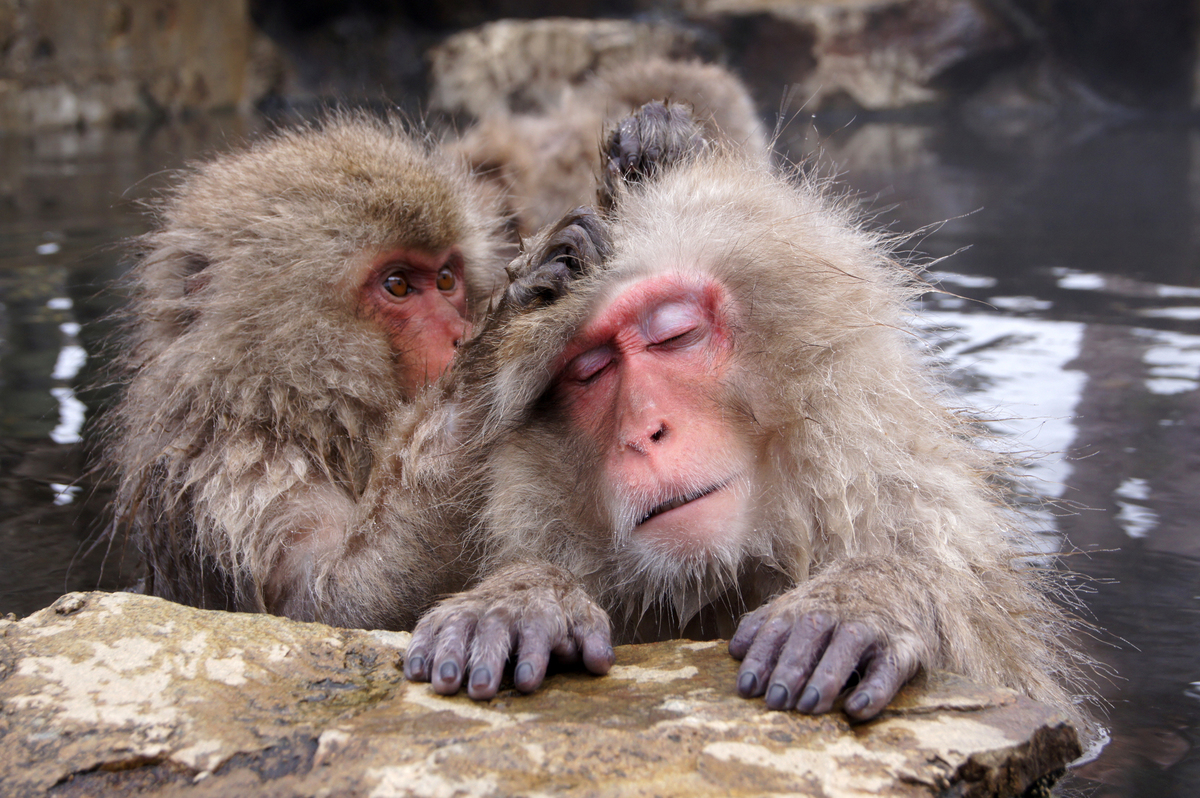 Did you know that at "Jigokudani Monkey Park," located in the hinterlands of Shiga Kogen, you can witness a rare scene, even in Japan, of wild monkeys bathing in onsen? Accessibility is poor, even for Shiga Kogen, and the only time you can see the monkeys going into the onsen is during the coldest period of the winter season. Although it’s difficult to get to, it’s becoming a popular spot visited by many tourists every year during the winter season. A day trip is difficult, but if you have plenty of time, it’s a tourist spot you will definitely want to stop by. This time, I would like to introduce to you the allure of "Jigokudani Monkey Park."

What is "Jigokudani Monkey Park" in the first place? 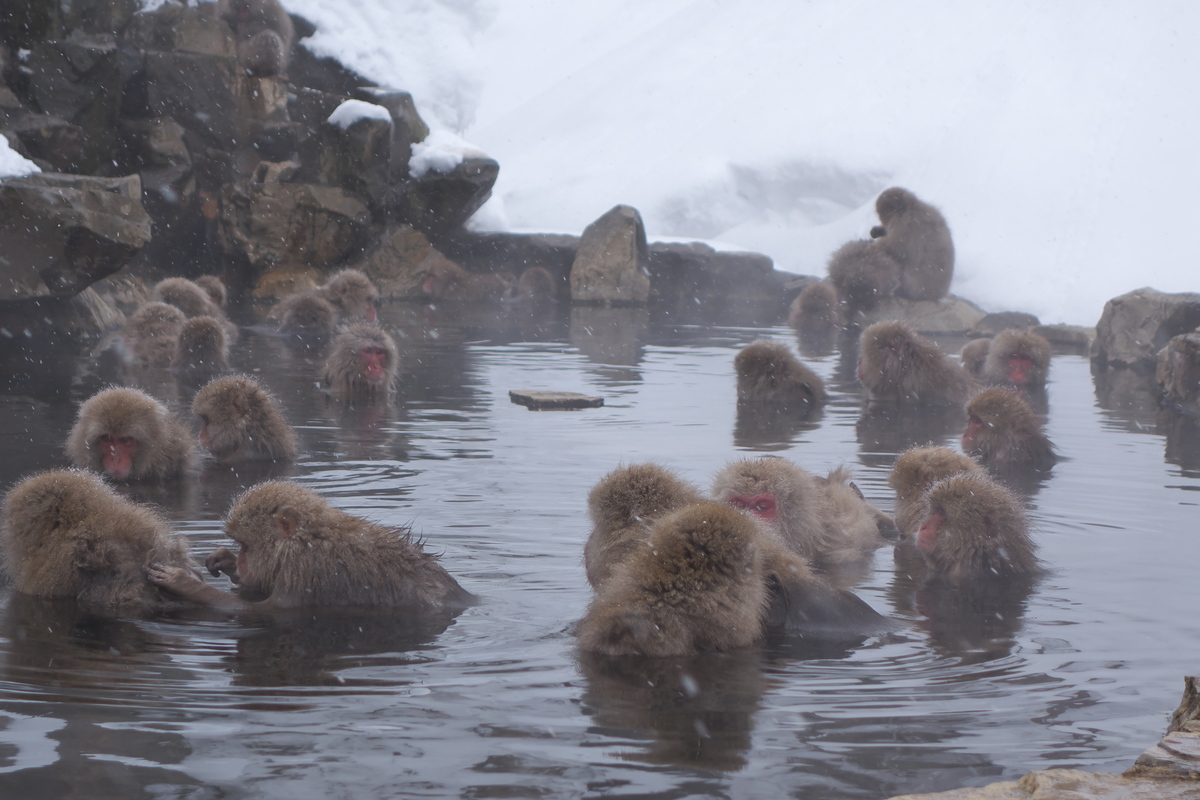 It’s a natural park where you can observe the ecology of the world famous wild Japanese macaques (also known as "snow monkeys"). As they are fed under the favorable environment deep in the mountains, it’s a rare spot where you can see the wild monkeys from right up close.

Because of the variety and abundance of nature in the park, it’s also possible to observe the ecology of insects, plants, and other wildlife in addition to that of the monkeys. Among them, the most popular among tourists are the "onsen monkeys," which can only be seen during the coldest season.

## You can observe the ecology of rare onsen monkeys up close 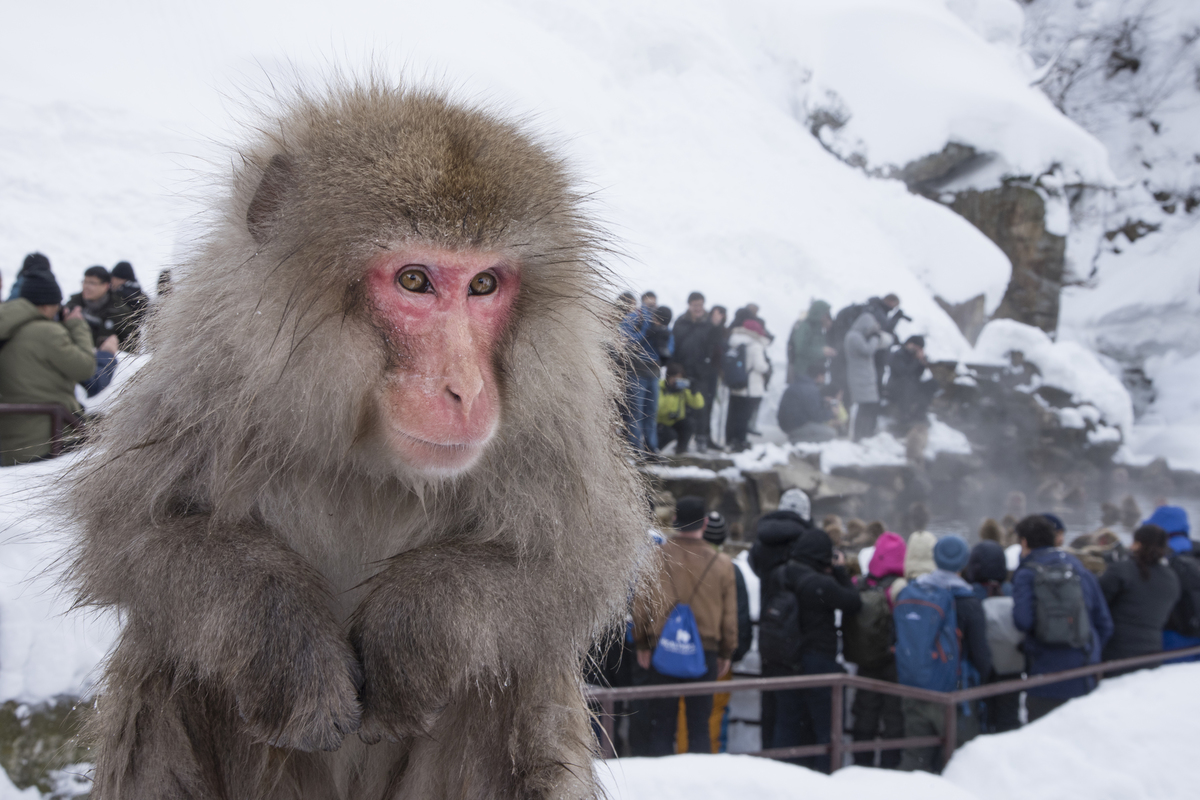 Wild monkeys, by their nature, do not have a habit of bathing in onsen. However, since the mountains during the coldest season are too cold for them, the monkeys immerse themselves in onsen in order to protect themselves.

It’s because of this harsh natural environment in Shiga Kogen that you’re able to see monkeys bathing in onsen. Animal researchers all over the world are interested in this rare phenomenon, and research is being actively conducted to this day.

How to get to "Jigokudani Monkey Park" 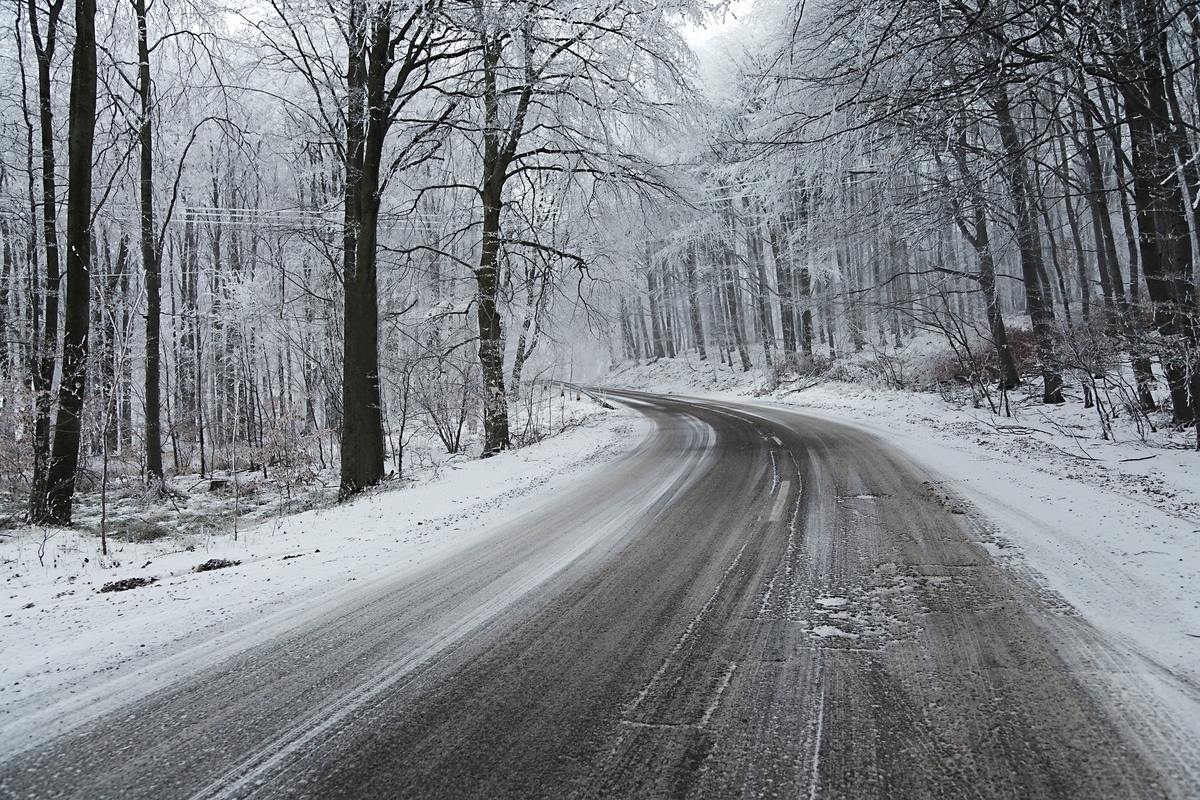 Access is via express bus from Nagano Station, and it takes about 30 to 40 minutes. Getting off at "Snow Monkey Park" or at "Kanbayashi Onsen" bus stop is closest. It’s about 30 minutes on foot from the parking lot of Kanbayashi Onsen, and it’s necessary to walk along a narrow forest path with poor footing.

Although it’s possible to access the parking lot directly by car, the parking spaces are narrow, and the road is also so narrow that there’s barely enough room for a car to pass through. It’s often closed to traffic in the winter, and it’s a dangerous area even for the locals, so it’s recommended to use public transportation instead. 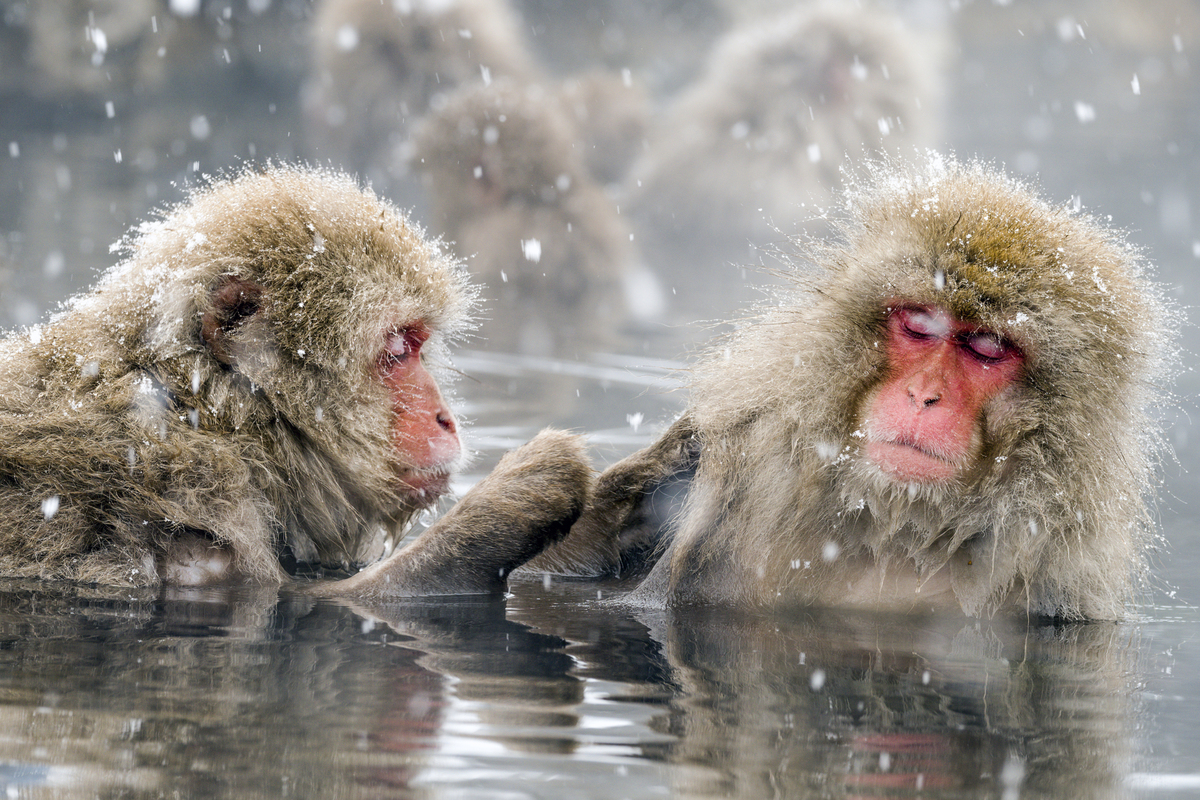 What you need to pay most attention to is whether the onsen monkeys are there. This is because the monkeys don’t bathe in the onsen every day, even in winter. They have a tendency to come in the morning when it’s particularly cold even for winter.

There’s a chance they may not be there during warmer periods, so it's better to check first via the live camera that you can watch from the official website before you go. Since opening time is 9am, it’s recommended to wake up around 6am and take a look at the live camera. If there are two or three there at that time, you have a very good chance of seeing some.

Also, if you should happen to encounter a wild monkey, do not stare them in the eye. This is because monkeys take such eye-contact to be a threat, and there’s a chance you could be attacked. When taking pictures, it’s recommended that you press the shutter while looking away. 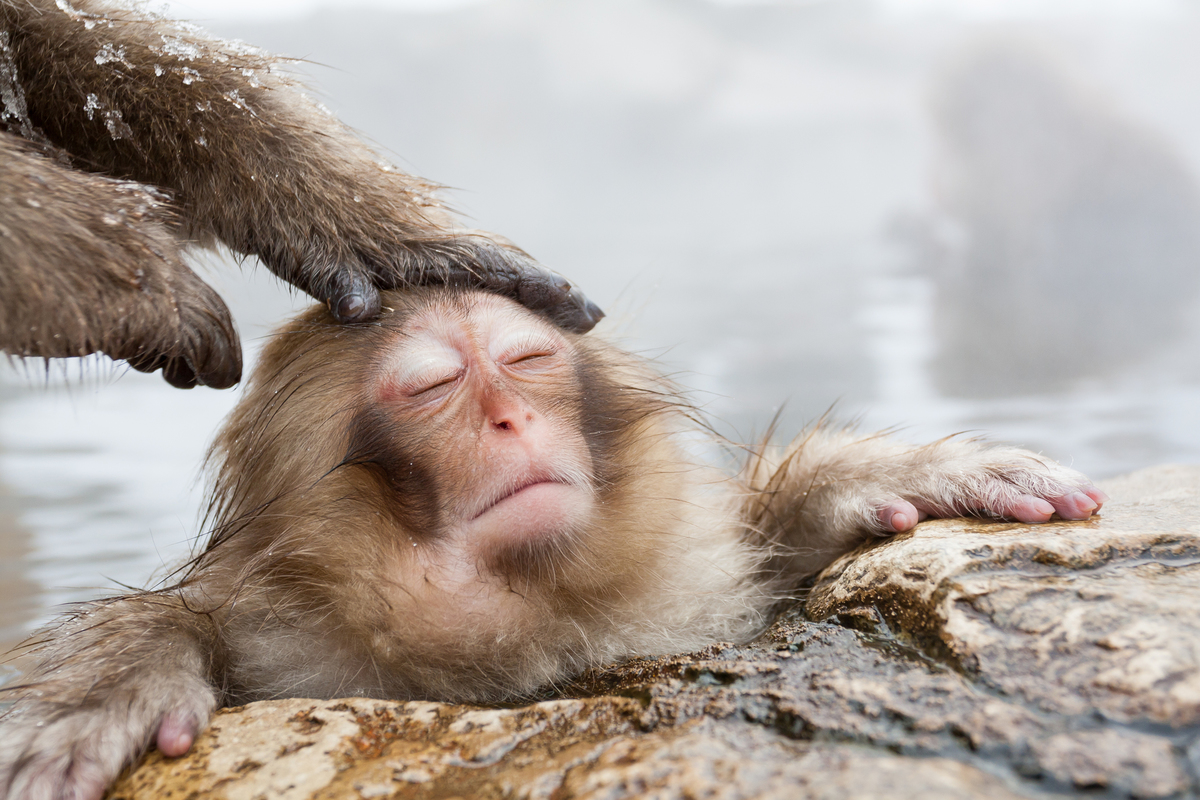 It’s a sightseeing spot that’s very difficult to get to, but if you like animals, it’s definitely worth a visit. If you’re planning to enjoy skiing at Shiga Kogen, please also go and observe the ecology of the rare onsen monkeys!